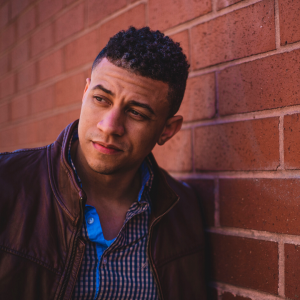 Growing up in Brazil, Paulo* was taught conservative Christian values by his family.

From a young age, they instilled in him that being gay was wrong. But despite these beliefs, he could not deny his feelings towards boys throughout childhood. This conflict within was very difficult for Paulo’s mental and emotional health. The trauma was increased when, at a very young age, he was sexually assaulted by an older boy at camp. Paulo says, “I feared being blamed, punished, and socially rejected. I felt that it was my fault.” Knowing how his parents felt about gay people and with no one safe to turn to, the shame of both this experience and his homosexual feelings remained bottled up inside.

Paulo finished school and was able to find some work, all the while repressing his sexual identity to avoid rejection from his family and violence from those in his community. When he was 32, Paulo was the victim of a hit and run accident, which left him seriously injured. While he survived, this brush with death changed his life perspective. No longer was he willing to deny his true identity. He decided to accept his homosexuality and entered into his first relationship with a man. He also worked hard to recover his strength. He trained tirelessly and eventually competed in elite sports competitions, notwithstanding his permanent disability.

While Paulo had finally accepted himself, he knew his country was not ready to accept him.

He found good work at a state-owned bank, but kept his sexual orientation to himself. He knew that, “In Brazil, many people die for being gay.” But when a coworker betrayed Paulo’s secret to their manager, discrimination in his workplace was impossible to ignore. He was passed up for promotions, isolated from his coworkers, and endured constant ridicule based on his ‘masculinity’.

Not much later, Paulo decided he’d had enough. He traveled to the U.S., wanting to learn English and to be able to express his sexual identity freely, without living in fear. Faced with deportation back to Brazil, Paulo contacted Casa Cornelia for help. He could not imagine returning to his home country and a life full of shame and repression due to his sexual orientation. Even worse, the new Brazilian president has been openly hostile towards homosexuals, inciting discrimination and violence towards the gay community. Under his leadership, the number of LGBTQ killings and hate crimes have soared in Brazil. With this in mind, Casa Cornelia accepted Paulo’s case to protect him from injustice.

After fighting for his rights, volunteer attorneys Rhyea Malik and Taylor Dimler from Wilson Sonsini helped Paulo win his asylum case! Now he can remain here in the U.S., in a country where he can be his true self without fear of violence or persecution. He says, “In the United States, I can be free to express my love for my boyfriend and we can plan our future together.”

Thank you for giving Paulo hope when the journey seemed hopeless and for make many other dreams like his come true by continuing to support our mission.