We can only serve the hundreds of clients in need of our services because we have the support of the private bar. We have a number of different opportunities available in all of our program areas: Asylum, Children, Victims of Domestic Violence/Serious Crimes, and Human Trafficking. Please click here for a list of frequently asked questions & answers.

Before placing a case with a volunteer we ask that attorneys participate in a training session to prepare them on how to represent the case. Each training lasts 2 hours and covers substantive as well procedural law. Aside from preparing you to take on a case, the training is worth 2 hours of free MCLE credit. After the training we remain 100% available to mentor you along the way if you do opt to take a case. 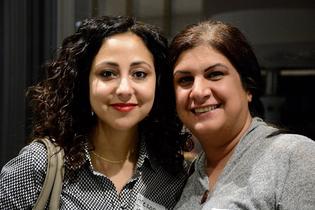 A list of upcoming trainings can be found on the Volunteer Trainings page.​​

Our past volunteer attorneys have found the experience of working with such compelling cases to be both personally and professionally enriching. Read about successful cases here.

“The highlight of volunteering at Casa Cornelia was meeting with my client and his brother, listening to their amazing story, and working with him throughout the case.”

“It was very rewarding to do something for my client that will make a real difference in her life.”

Casa Cornelia is grateful to the men and women who give their expertise, their spirit, and their time to the victims that we serve. Without their generous gifts, we could not serve the ever growing number of clients in need of pro bono legal representation. We are thrilled to recognize the volunteers who provide outstanding pro bono legal representation to our clients! ​ 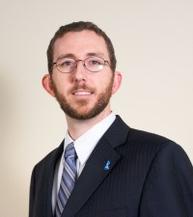 Michael Sedio, Esq., Vice President of Operations & General Counsel at the Better Business Bureau serving San Diego Orange and Imperial Counties and Association of Corporate Counsel member, won the pro bono Children’s Asylum case he took as a Volunteer Attorney through Casa Cornelia. His client was a boy from a small Central American country which had suffered decades of civil war, including oppression and violence against those of indigenous, and particularly Mayan ethnicity.

Michael urges all attorneys to consider becoming a volunteer: “I was intimidated at the idea of taking on a volunteer case at first because I knew nothing about immigration law, but Casa Cornelia provided training, support, sample materials, and was with me every step of the way. Of all the reasons I became a lawyer, the chance to do work like this is the most meaningful.”*

*Thank you to the Association of Corporate Counsel for this description of Michael’s work with us!

Volunteer Attorney Tom Laube agreed to take one children’s asylum case. Soon after he started working on the case, we heard that the client’s younger brother had entered the U.S. and was also in need of legal services. As soon as Tom learned of this need, he offered to take the younger brother’s case. He worked very closely with both brothers and their mother who are also of Mayan descent and have faced persecution in their country of origin. He met many times with each client, and he represented both cases individually. The younger brother’s case was recently granted. The older brother’s case continues with Tom as a Volunteer Attorney, with his Associate, Jessica, and we know that he is in very good hands.