Marcelo*, a 19-year-old young man from a Central American country, fled to the U.S. after facing threats from MS-13 and Barrio 18 gangs, domestic violence and sexual abuse. He traveled by foot, hitchhiked, took several buses, and rode on the train also known as “La Bestia”. Although he met some people along the way, he mostly traveled alone, relying on the generosity of others for food and water.

Once Marcelo reached San Diego, Casa Cornelia’s Children’s Program offered representation. The team, formed by three Volunteer Attorneys, took the case and determined that Marcelo was eligible for protection under our immigration laws. 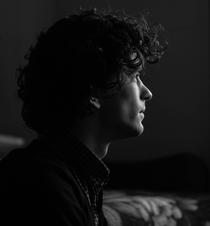 Francesca* is a young transgender woman from a Central American country who encountered violence in her country for many years due to her sexual identity. While looking for safety, she dealt with violent gangs, paying them an extortion fee that allowed her to have a place to live. However, she continued to encounter threats along the way, even suffering a physical aggression from an employer who tried to involve her in the world of drugs and extortion.

After surviving a serious physical attack, Francesca fled to the U.S. looking for safety. Once in the U.S., she was detained in a facility for almost a year.

Casa Cornelia took Francesca’s case with the support of volunteer attorneys Chris Byrd and Peter Kang from Wilson Sonsini Goodrich & Rosati. After much back and forth with attorneys, interpreters and the immigration system, Francesca won her case and was released from detention. In addition to representing her, Casa Cornelia also provided support services, connecting Francesca with temporary housing, access to food and healthcare.

Thank you, Chris and Peter for your commitment and support of our clients!

*Names have been changed to protect clients’ identities.